A Village of Lights: Leavenworth, Washington 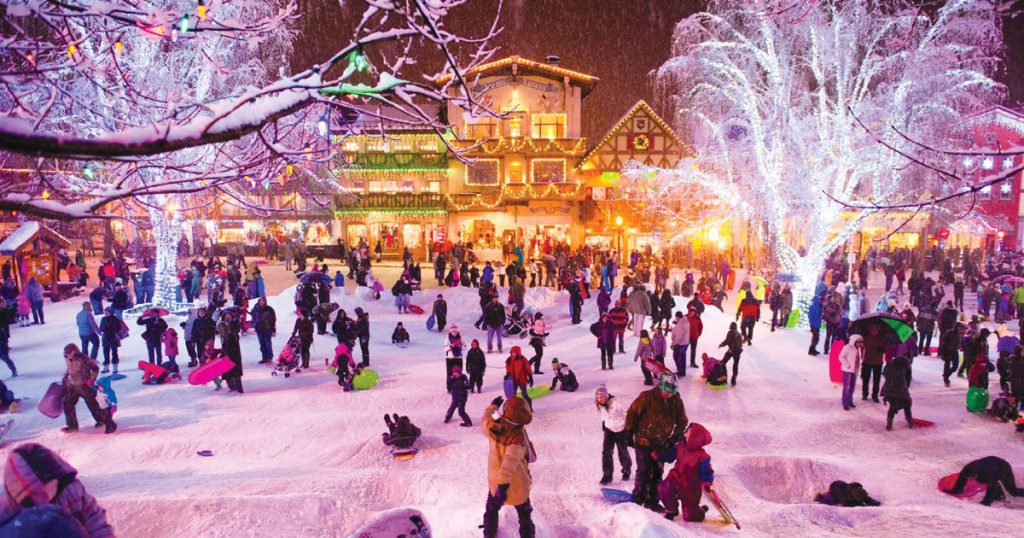 It’s been my good fortune to have traveled extensively during my lifetime, and much of that has taken place in the western U.S. from Alaska to Mexico. Some towns hold a special appeal and keep calling me back. Each state has probably two or three towns that hold that appeal. The small town of Leavenworth, Wash., has a particularly strong pull at Christmas.

The town was originally a logging community but that began fading about 1960. Jessica Stoller, Media Director for the Chamber of Commerce, explained that one of the business owners had been stationed in Germany, and he came up with the idea that the Leavenworth area with its mountains looked like Bavaria and suggested reinventing the town with a Bavarian theme — one building at a time.

“It was basically do or die,” Stoller laughed. She added that some of the festivals, including the Christmas Lighting and Autumn Leaf festivals, date back to those early years. “It’s an American dream story really!”

Last year they celebrated 51 years of Christmas lighting. They do three weekends of lighting during December, when the town is very busy with visitors from around the states and around the world.

Jessica pointed out that they celebrate Leavenworth as a  “City of Lights” and added that these hundreds of thousands of lights are not only lit during the Christmas season but remain up from Thanksgiving through Valentine’s-Day weekend.

Leavenworth erects a half-million lights in their downtown core. By comparison, Rockefeller Center in New York puts up about 30,000 lights. Leavenworth’s town site is roughly 5 blocks wide by 12 blocks long, with a population of just 2000.

The lights help create a magical event. Streets are flooded with residents and visitors alike, and crowds number in the thousands. Buildings are lit, music plays, and people watch in fascination and sing along with the music. It’s a truly remarkable event for this Bavarian community.

Festivities get a jump start on pre-holiday weekends when Santa arrives at noon to greet young and old alike. Carolers can be seen and heard through the town, and various musical groups perform at the downtown Gazebo during the day. As you stroll through town, you will likely inhale the aroma of roasted chestnuts in the air. The hill along Front Street Park will most likely be busy with youngsters sledding down the hill, adding to the joy and excitement of Christmas.

Don’t let the fact that Leavenworth only has about 2000 residents misguide you. You will likely be astounded by the variety and number of unique restaurants and shops. Most are relatively small and many feature Bavarian gifts and food with such names as Red Baron Gift Haus, The Cheesemonger’s Shop, Die Musik Box, Kris Kringl, Nussknacker Haus, and about 45 more. Few towns match Leavenworth’s variety of meal offerings.

Numerous wineries are in the immediate area. It’s one of the premier wine areas in the northwest. Visitors have the opportunity to tour many of these wineries and sample their offerings. Most have tasting rooms in town where wine samples are available, sometimes two or three in a single block. More than 20 different wine tasting rooms can be found in town.

Lodging is abundant — but so are visitors, especially near Christmas time when advance reservations are recommended.

Youngsters, as well as their parents, will enjoy visiting the Reindeer Farm, a private farm half a mile north of town.

The animals are tame and submit to petting. It’s a great experience for old and young alike and makes a wonderful Christmas experience. There is a fee, but visitors leave comments like “don’t miss” and “so much fun”. It’s ranked as the #1 activity, out of 35 in Leavenworth.

For those seeking a more rustic adventure, possibilities abound nearby with the usual winter activities of alpine and Nordic skiing, snowshoeing, snowmobiling, and even dog sled rides.

Two ski areas are located nearby, each within 32 miles of town. Rentals and operators are available if needed.

Most Holiday dreams can be filled in and around Leavenworth, the little town with the massive Christmas celebration. MSN 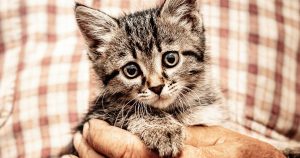