Disc golf is a sport anyone can compete in, even after joint surgeries and knee replacements.

Just ask Jon Graff, 73, of Missoula, Mont. He’s had an ankle and knee replaced and a rotator cuff reattached.

“It’s a compelling sport for my personality,” he said. “I’ve always played sports, so a competitive attitude is ingrained in me.”

Graff said he has always loved being outdoors. “I used to do a lot of climbing, hiking, and backpacking. But as you age, your body doesn’t always cooperate, and joints wear out,” he said. “You adjust over time to the sports you can do.”

Graff started playing disc golf in 1992 when his son invited him to fling a few rounds at a course.

After his workdays ended, he would play disc golf, perfecting his backhand and forehand throws. He learned when to use certain discs—distance drivers, fairway drivers, mid-ranges, and putters—that vary in rim width, stability, and weight.

When he retired in 2010 after 32 years as a mail carrier, Graff devoted more time to honing his disc golf skills. He watched Internet tutorials and accumulated about 1,000 discs.

“I’m mostly self-taught,” he said. “When I started, there wasn’t a lot of information out there. I figured out what did and didn’t work for me.”

He transformed from novice to champion at a methodical pace, winning more than three dozen tournaments. But that’s not all.

Graff is a world champion. His powerful and laser-accurate backhand toss helped him win the Professional Disc Golf Association’s 2018 World Championship Title in the Pro Masters 70-plus division in Kansas City.

“My backhand is my strongest stroke,” said Graff. “I have a usable forehand I can rely on when it’s the only shot in certain places.”

Although humble, Jon Graff now has the confidence of a world champion whenever and wherever he competes in tournaments. He looks forward to competing in several this month in Montana and next month in Idaho.

He will have an advantage on his hometown course at the 15th annual Zoo Town Open in Missoula, August 14 and 15. He will then head to Libby August 28 and 29 for the Kooky Noosa Challenge. Then he’ll trek over to Farragut State Park in Idaho for another competition happening September 17 to 19.

But for Graff, disc golf isn’t about winning.

“On a recreational disc golf course, you hear a lot of laughter and all kinds of noise,” he said. “Playing disc golf just makes people—of all ages and abilities—smile.”

He noted that, even in tournaments, players talk, encourage, and laugh with each other, to ease the tension.

Starting at the Top of Idaho

Ben Sanders, 58, of Mackay, Idaho, was also inspired to start something new late in life—all because of disc golf.

He got hooked on the sport while working in Alabama for the U.S. Civil Service, directing logistics support for the U.S. Army Material Command.

A friend invited him to fling a few discs. He was stunned at the age range of disc golfers.

“There was a 90-year-old playing, pushing his walker and disc cart around the course,” he said. “Watching him, I realized this could be a lifetime sport for me. I’ve loved throwing Frisbees since I was a kid. I took right to it. The more I played, I got hooked.”

When Sanders and his wife, Tawni, retired two years ago to Mackay, he talked to city leaders and local business owners about an idea he had.

He wanted to design a nine-hole disc golf course that could be used year-round, day or night, for free.

The city provided about 3 acres of unused land at the rodeo grounds. Nine business owners donated money to buy baskets and tee pads and to have their business advertised at each hole.

The county provided heavy equipment to install the baskets and tee pads.

“A lot of sweat equity has gone into the course,” Sanders said.

It took more than a year to build and this last April was christened the Top of Idaho Disc Golf Course with a tournament that attracted competitors from throughout the state.

Sanders registered the course with the Professional Disc Golf Association and became a PDGA certified rules official, enabling him to organize and officiate at sanctioned tournaments.

“I have to admit, I wanted a course for myself, too—just to get out, exercise, and laugh with other players,” he said. “It’s three blocks from our house, so I can go anytime.”

The course is popular with local residents and even out-of-town families who drive four hours round-trip just to play there with the towering Lost River Mountains as a scenic backdrop.

“People are using it, especially in the evenings or mornings when it’s cool,” Sanders said. “We even installed solar-powered lighting in trees, so people can play at night with glow-in-the-dark discs. People will even be able to play during winter with colored discs.”

Sanders offers lessons and equipment to beginners. He started a Facebook page for Top of Idaho Disc Golf Course as well.

Sanders said wherever he has worked, he has always tried to make people smile.

And, like Jon Graff, he appreciates all the laughter between players on a course.

“Disc golf requires minimal skills,” he said. “It does help to have a sense of humor, though, when you play. Just come out, try it, and have fun.” ISI

A map of the course can be downloaded to a smart phone from the Facebook page for Top of Idaho Disc Golf. For lessons or equipment, contact Sanders at 208.720.9795 or [email protected] For information about top-rated disc golf courses around the state of Idaho, visit DGCourseReview.com. 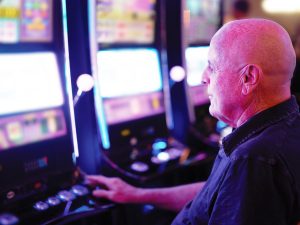 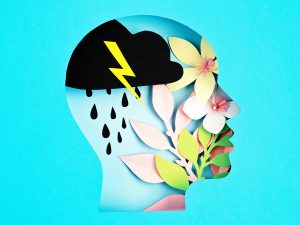