When a Caregiver Dies 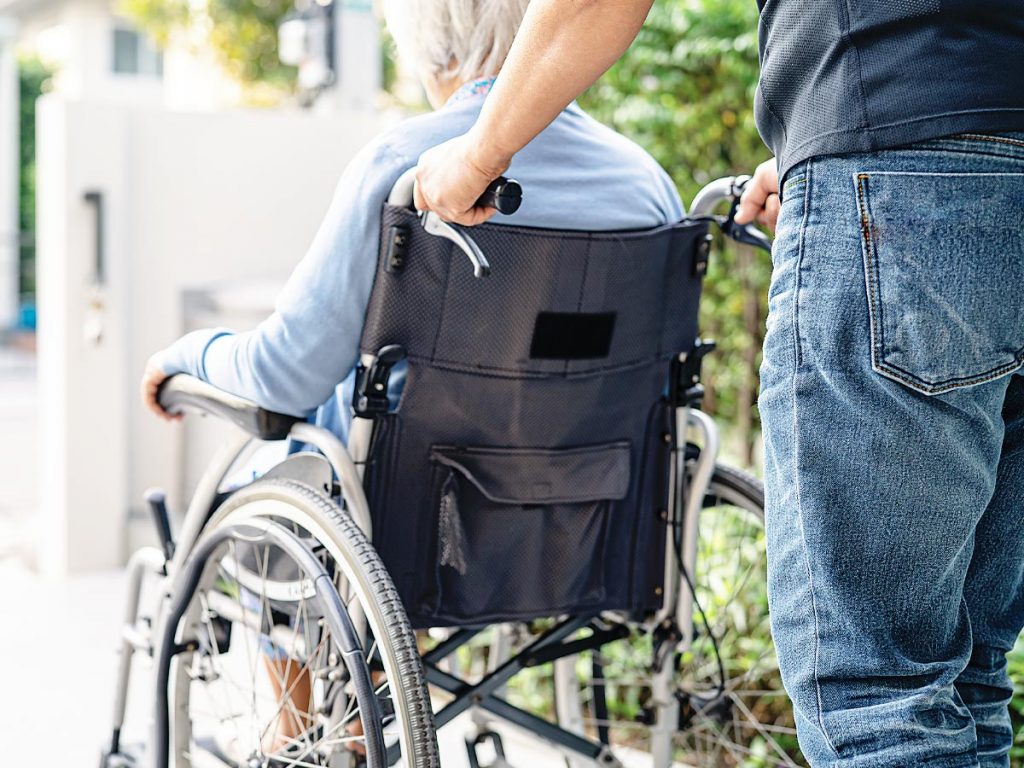 We got the frantic email late one night in September: My best friend, Robert, had gone missing from a hospital.

Robert was more than a good friend. We had shared many boisterous and joyful experiences over our 50-year friendship and influenced each other’s tastes in music and concerts, food and travel destinations.

Over the past several years, we went our separate ways but always kept in touch, long distance, with occasional phone calls, holiday greetings, and yearly check-ins to catch up.

Robert’s ex-wife Sarah, who still lived with him, sent the email, which said Robert never showed up three days after a call indicating he was coming home from the hospital. He wasn’t answering his cell phone.

She sent us the hospital information, and we wondered why she hadn’t contacted them herself. She ended the email with, “Please understand the urgency here. Everything is in Robert’s name.”

We knew nothing about him being in the hospital. We last heard he had retired a year before and was doing fine.

I tried calling his cell. Nothing. I texted and received a jumbled, cryptic message. There was nothing more. I called the house. No answer. The hospital told us nothing, but we found out later he had left against medical advice.

Worse, he had taken himself to another hospital and done the same thing.

Robert had very deep religious convictions and avoided doctors and hospitals throughout his adult life. It was against his very fiber to submit to doctors’ recommendations. My guess is he was extremely sick and struggled between his faith and his illness to find answers.

We could learn nothing about his condition. Since Sarah wasn’t responding to our messages, I turned to Robert’s next available kin, my son Dave. He was the child of my first marriage, and his mom was Robert’s sister.

The hospitals were more forthcoming with Dave. After my friend ended up in a third facility, they sought my son’s medical consent for a procedure.

But it was far too late. Unable to reach Sarah, Dave sent an email to those of us closest to Robert, to say Robert had a cancerous growth on his back that had spread extensively to his lungs. Pneumonia and COPD had set in. He was not a candidate for aggressive therapy. Nothing could be done.

After some conversation—which, unfortunately, could not include Sarah—it was decided to remove Robert from the hospital ventilator and other treatments and send him to hospice, where they would keep him comfortable until the end. How long that would be was anyone’s guess. It could be hours, or days.

We wanted to get to him before he passed, or at least be the messengers for Sarah. We live a couple of days’ drive away. Flying was out of the question, due to COVID. It was a race against time, and I wanted to win this last race for my friend.

That day, I drove 700 miles, stopping infrequently, with my son Dave and my wife, Jean, on board, hoping Robert would hold out. Exhausted, we stayed the night at a motel just a few hours away, hoping we could get to him the next morning.

Dealing with his death has been harrowing, beyond the actual event.

We discovered he had been the caretaker of his ex-wife in his home. We arrived at their home to tell her about his passing. We were shocked to find a barely ambulatory shell of the vibrant woman we’d known for so many years.

Unknown to anyone but the couple, she had suffered a stroke a few years back. It left her without most of her speaking abilities, a skeleton wrapped in skin. She was virtually helpless, and Robert had left no immediate means for her support.

We wanted to get to work handling his affairs, to help her get whatever funds—if any—might be available to her from the estate as quickly as possible. But she refused us access to any papers indicating her as beneficiary to any of his accounts.

Sarah wasn’t a co-owner on Robert’s bank accounts and charge cards, and she had no cash. She refused help from outside agencies, including adult protective services, who told us they couldn’t intervene without her consent.

We can only guess as to why she refused the help she so desperately needed, but we suspect the severe stroke she suffered had clouded her judgment or cognitive functions. We tried everything, from sitting down with her and explaining the situation, to following up with letters carefully explaining the consequences of her inaction. She still refused.

We reached out to her estranged brother, who lived across the country. After repeated calls, messages, and emails, he never tried to contact her, or us.

There was no one else. We were all she had, and we live 900 miles away.

Jean, who is skilled at working through bureaucratic red tape, helped Dave get the paperwork going, regardless of Sarah’s unwillingness to help herself. They were able, after visiting Robert’s body at the hospice, to at least obtain his wallet and checkbook and make the necessary contacts to cancel accounts and stop some bills.

We couldn’t stay more than a day or two, and we couldn’t convince Sarah to let us assist in her own well-being. After we’d exhausted all possibilities, we prepared to leave. As I turned toward her, she looked plaintively at me and whispered, “I love you,” in gratitude and fear. But she remained totally non-cooperative. For all we knew, the necessary paperwork was right there in their apartment.

No Way To Help

Shortly after we returned home, we heard from a hospital near Sarah. They said she had called 911 due to her inability to care for herself. Eventually, she was sent to a skilled nursing facility and will likely never leave it. She will lose her apartment due to almost four months of non-payment of rent, and we can’t help. We could do no more than send her flowers for Christmas, even as we continue to process documents from Robert’s accounts.

Robert could have set up provisions for her well-being, if only he had the foresight to see to it. According to the Special Needs Alliance, various trusts, such as a special needs trust, could have been established to protect some of the assets from the estate for her without affecting her eligibility for government benefits.

He could have relied on programs, like a tax-free ABLE (Achieving a Better Life Experience) savings account, which could have paid expenses associated with her disabilities, without affecting certain government programs.

Life insurance on Robert may have helped Sarah. He could have let others know of his intentions, since she was incapable of dealing with his loss.

In any case, a little forethought for those who could be left behind when a caretaker dies can ease much of the suffering left by the consequences of their passing.

Always consult an attorney before establishing such an account or trust or taking any actions to defer assets for a special-needs individual. ISI