Curling: The Latest Craze on Ice

A new craze has folks flocking to the ice in Idaho—curling. Well, curling, itself, is not really “new,” per se. It is believed to be one of the oldest team sports in existence, dating back to the 1500s in Scotland. But curling is gaining popularity in the state.

Matt Moore of the Inland Northwest Curling Club is an ambassador for the sport in Idaho.

“Like a lot of people, I got into through watching the Olympics on TV,” he says. “When we were living in Chicago, my wife signed us up for a ‘learn to curl’ event, and I’ve been hooked ever since.”

Boise has a curling club, as does McCall and Moscow. The Inland Northwest Club started in 2019 when two clubs, one from Coeur d’Alene and one from Spokane, merged.

“The Curling Nationals were held in 2020, just down the road in Cheney, at EWU,” Moore says. “We saw that as an opportunity to establish the Inland Northwest Curling Club and get the word out.”

The Northwest club hosts a bonspiel—an event where different clubs get together to compete—at the end of April every year.

“We have teams down from British Columbia and from other states, including Montana,” says Moore.

Imagine shuffleboard played on a huge ice sheet—roughly 150 feet by 15 feet—using round “stones” that weigh approximately 40 pounds. At each end of the sheet is a series of concentric circles called a “house,” these rings are defined by their diameters as the 4-foot, 8-foot, and 12-foot rings. The center of the house is called “the button.”

As with shuffleboard, teams take turns trying to slide their stones across the sheet, to land as close to the button as possible.

Each stone has a handle on it, and a player throws the stone from one end to the other by gripping the handle and pushing off the “hack,” or what looks like a starting block embedded in the ice. The player guides the stone by hand for several feet and then lets it go, where it slides over the ice to the other end, ideally to land as close to the button as possible or in front of the house as a defensive stone or “guard.”

To control the movement of the stone once it has left the hand of the player delivering it, teammates use a specially designed broom to alter the surface of the ice. This “sweeping” of the ice ahead of the stone can help direct its movement, helping the stone to travel farther and straighter.

“Essentially, what they are doing is creating a very thin layer of water on top of the ice,” explains Todd Myse, one of the founders or the recently established Helena Curling Club in Helena, Mont. “That way they can increase the distance, but also straighten out the curl of the stone.”

The ice itself is groomed in an unusual way, quite different from the glassy finish preferred for other ice sports like hockey or figure skating. After the ice has been smoothed, it is “pebbled” by sprinkling hot water over it, which then freezes, giving the surface a lightly cobbled profile.

Whereas hockey and skiing depend on speed, agility, and being in tip-top shape, curling is a more relaxed adventure on ice, one that rewards strategy, finesse, and teamwork. One of the best features of the sport is anyone can do it.

Nanette Dupont, 62, of Alberta, Canada, is a true curling addict. She has been curling since she was 18, and curls at least three nights a week when she’s back home, north of the border. She recently ventured down to Helena, Mont.—with her team, the Funkensteins—for a Halloween-themed bonspiel hosted by the Helena club in October and has also traveled to Utah for Park City and Salt Lake City bonspiels.

“We travel to bonspiels for the love of curling,” says Dupont. “We love to support new clubs that are popping up and forming in the States.” She hopes to encourage teams to head up to events in Canada.

“It’s a very social sport, open to really anyone,” she says. “Even if you’re older and have bad joints, you can still play. There’s even blind people who curl!”

Dupont says some of the folks she curls with are even in their 80s or 90s.

“It isn’t like hockey—it doesn’t matter your age, or your physique. You can learn at any age and go at your own speed,” she says.

Moore agrees that curling is a great sport to age into.

“One of the things I love about curling is you can be competitive at any age. A lot of older folks who were athletes in different sports when they were younger sort of gravitate toward curling,” says Moore. He adds folks who may have past injuries can participate as well.

“You can ‘stick-curl,’ where instead of having to crouch down and slide to deliver the stone, you use a stick to send it,” he says. And it doesn’t require muscle might to win.

“It’s a mental challenge. A lot of strategy and planning—it’s often called ‘chess on ice,’” he says. “It really is a sport you can do your entire life.” ISI 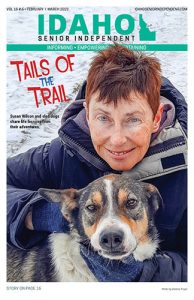