When Your Child is 59 ‘going on 70’: Joys of Raising Son with Downs Syndrome 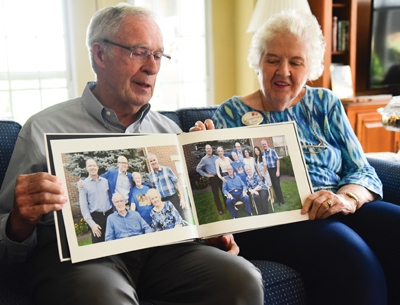 (TNS) Tom and Rosemary Ryan’s story parallels the story of Down syndrome these past 59 years.

Not only has the couple lived the joy, challenge, and learning curve that accompanies raising a child with special needs, they’ve dedicated their lives to pioneering change in governmental support, educational opportunities, and societal views.

“A lot has changed over the years,” Rosemary said. “We’ve come a long, long way.”

Like many parents of special needs children, love thrust them into the world of advocacy. When there was no preschool for their son, Rosemary started one. When the concept of housing adults with Down syndrome in group homes instead of institutions was proposed, they jumped on board — landing smack in the center of a national debate and garnering the attention of ABC-TV’s “Nightline” with Ted Koppel.

And, now, as their oldest son endures perhaps the cruelest of characteristics often associated with his condition — accelerated aging — the Ryans are again at the forefront of the discussion.

Kevin Ryan is 59, but a checkup last spring revealed “he’s more like going on 70,” Rosemary said. “He’s gonna pass us up.”

Raising a child with Down syndrome is “perpetual parenthood,” Rosemary said, “if you are committed to wanting the best for them.”

Now in their 80s, the Ryans, who live at Smith Crossing retirement community, are simultaneously discussing end-of-life care for themselves and for their son.

When Kevin Ryan was born Aug. 4, 1959, Tom and Rosemary felt the way many parents of newborns with special needs felt back then — alone. The support and advice that today are showered upon parents of babies born with Down syndrome was nonexistent then, Rosemary said.

Three pediatricians examined Kevin and agreed he had the condition characterized by an extra chromosome.

“They called it ‘Mongolism’ back then,” she said.

In those days, there were no prenatal tests to predict it, nor any way to prepare for it, she said.

“We didn’t expect an anomaly with our first baby, but it was meant to be,” Rosemary said.

The “new” thinking at the time was that the couple should take their newborn home, she said.

And that’s where the advice ended. Rosemary could find only one very dated guidebook at the library that she said was so negative, “I couldn’t get past page three.”

So she relied on her instincts and on training she’d received en route to becoming a pediatric nurse to get through the early years, she said.

“And we just kind of forged ahead,” she said.

The Ryans went on to have three more children, with their second son quickly passing his older brother developmentally. Rosemary gave up her nursing career to stay home and care for the children.

Those terms have fallen from the lexicon, along with “Mongolism,” but what Kevin’s score meant, Rosemary said, was that he’d struggle in an academic program, but likely excel in a training setting. They chose the latter.

The Ryans were living in Jacksonville, Ill., then and Rosemary and another mom decided to start a school in a nearby church. They set up an advisory board with a host of professionals and townspeople, and hired two teachers.

Kevin attended for a year and a half, until Tom, who had given up teaching high school to work at State Farm Insurance, was transferred to the south suburbs.

While Rosemary had been organizing a school in central Illinois, other parents were doing the same in Chicago Heights. In 1965, after the Ryans moved to Park Forest, Kevin began at privately run Happy Day School.

SPEED, Tom said, “was the creme de la creme” and Kevin continued there until he turned 21 and returned to Happy Day for adult workshop.

The end of public school life often is a time of great concern and confusion for parents of children with special needs, Tom said, particularly if they haven’t planned ahead.

“Some people choose to have their adult kids just stay home,” Tom said, but that can lead to problems if the parents’ health begins to fail.

Kevin continued attending workshop at Happy Day and living with his parents until 1995.

Down syndrome is the most commonly occurring genetic condition, said Linda Smarto, director of programs and advocacy at the National Association for Down Syndrome (NADS) in Chicago.

Approximately 6,000 babies with the condition are born each year in the United States, Smarto said. That translates to 1 of every 730 live births, a number that seems to be on the rise, she said.

“Eighty-five percent of (these) children are born to moms 35 years old and younger,” she said. “So it’s a great myth that (Down syndrome) only occurs to parents who are older.”

While individuals with the condition develop more slowly at the beginning of life, the end of life seems to rush at them. Not everyone with Down syndrome is afflicted with premature aging, Smarto said, but there does seem to be a precursor to that and Alzheimer’s disease.

“Down syndrome, (researchers) say, will find the cause for Alzheimer’s because (scientists are) really pushing to find some sort of a cure and learn why this is happening,” Smarto said.

The phenomenon can be heartbreaking for loved ones already wrestling with end-of-life care decisions. What to do with aging children who have Down syndrome is a huge concern, Smarto said, especially if the individual has medical issues.

But, she added, it’s the same concern for anyone with a disability. And it’s the same for elderly adults who don’t have a living child to help care for them, she said.

If a sibling or other family member isn’t available to assist, an individual may be placed in a state-run home. “Our goal is to have our individuals either live independently or with a family member,” she said.

Smarto said most of NADS referrals come from the south suburbs.

“We don’t really know why the occurrence of Down syndrome is a little more prevalent there. (Advocate) Christ delivers about 4,000 babies a year and we get a lot of referrals from there. But it’s also a higher level hospital that sees patients who need special care. And they have a special care nursery,” Smarto said.

“But it is interesting the statistics (when compared) to (Northwestern Medicine’s) Prentice (Women’s Hospital in Chicago), which delivers 10,000 babies a year and the commonality is not as much,” she said.

Smarto said much of the evolution of Down syndrome inclusion is owed to parents like the Ryans, moms and dads who’ve helped usher in change by volunteering, serving on boards and doing the work. Many of the improvements in the special needs community, she said, is credited to parental advocacy.

In the early 1990s, a group out of Galesburg came to Happy Day, now called New Star Services, and told parents they were going to start building group homes in neighborhoods, Tom recalled.

It was a new concept sweeping the country, he said, and they had found a lot on Broadway in Chicago Heights.

The Ryans were among several parents who signed on. At the time, Kevin was 31 and eager to get out on his own, Rosemary said, because his younger siblings had flown the coop.

But the city of Chicago Heights fought the idea and became “the test case for the nation,” she said.

“Chicago Heights took on the federal government,” she said. “Who do you think won?”

The battle introduced many to the acronym NIMBY (Not in My Backyard) and made national headlines. A photographer from U.S. News and World Report visited the Ryan’s home and a picture of Kevin ended up on “Nightline,” Rosemary said.

The city lost and had to pay the agency and the prospective residents, she said.

In 1992, at the urging of NADS, the Adult Down Syndrome Clinic opened at what is now Advocate Lutheran General Hospital in Park Ridge, Ill. Today part of Advocate Health Care, the facility introduced the Ryans to Dr. Brian Chicoine, and what Rosemary calls “a world of support.”

Rosemary calls Chicoine’s book, “The Guide to Good Health for Teens & Adults With Down Syndrome,” the “Dr. Spock for parents of kids with Downs.”

Kevin continues to see Chicoine — these days for premature aging symptoms. His hearing is declining, he’s having trouble with his teeth, he walks with a cane, Rosemary said.

In 2012, fearing their son might encounter early aging issues down the line, the Ryans moved Kevin out of the group home and into Good Shepherd Manor in Momence.

“We got to thinking, if he was left in a group home environment and his physical or mental health declined, their only option is to put him in a (Medicaid) nursing home,” Rosemary said. “We didn’t want that.”

Good Shepherd Manor, Tom said, is the closest thing to a forever home. It serves 125 adults, many of them aged.

“They’re committed to lifetime care, no matter what happens,” Rosemary said. “If he gets dementia, if hospice is needed, they’ll take care of it.”

Now, Rosemary said, Kevin’s lifestyle mimics that of his parents. “We have every level of care we’re ever gonna need here (at Smith Crossing), and so does he there,” she said.

The Ryans’ other children are scattered from Maine to Hawaii, with Kevin’s closest sibling living 1,000 miles away, so, Rosemary said, “If Kevin outlives us, we’d like him to stay at Good Shepherd because that’s what he’s familiar with.”

Raising Kevin has always been about choosing the best path for him, Rosemary said.

Special needs can mean special, or additional, considerations, she said, but the condition can also bring a special kind of joy.

Tom and Rosemary Ryan have a son, Kevin, who has Down syndrome. They talk candidly about dealing with his age-related issues. © Gary Middendorf, Daily Southtown/TNS.

Kevin, she said, “is still funny. He’s still a character. He still steals the limelight at family get-togethers.”

And, Tom said, a quiet day is when Kevin calls only two or three times on his cell phone.

“In a way,” Tom said, “he is sort of the person who ties our family together.”

Although Dr. John Langdon Down first identified the condition marked by an extra chromosome in 1866, it wasn’t until the 1970s that “Mongolism” was renamed Down syndrome.

“Some people,” Rosemary said, “like to call it ‘up syndrome,’ because the people who have it are more up than down.” MSN–ISI 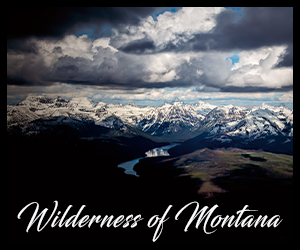