(SAVVY SENIOR) The climate, tax and health care bill known as the Inflation Reduction Act that was passed by Congress and signed into law by President Biden in August includes significant improvements to the Medicare program that will kick-in over the next few years.

These changes will lower prescription drug prices for millions of seniors by allowing the government to negotiate drug prices for the first time and capping seniors’ out-of-pocket drug costs at $2,000 annually. Some other popular changes will include free vaccinations, lower insulin costs and expanded subsidies for lower income seniors.

Here is a breakdown of the changes to expect in Medicare and when they will roll out.

Starting this January, all vaccines covered under Medicare Part D, including the shingles vaccine, will be free to beneficiaries. And the skyrocketing cost of insulin will be capped at $35 per month. This will be a significant saving for the more than 3 million Medicare enrollees who currently use insulin to control their diabetes.

Also starting next year, drug makers will be penalized in the form of “rebates” that they would be forced to pay to the government if they impose price increases that exceed general inflation.

Cost sharing for catastrophic coverage in Part D will be eliminated. Under the current Part D benefit, once your out-of-pocket costs reach $7,050 in 2022, you enter “catastrophic” coverage but are still responsible for 5 percent of your prescription drug costs, with no limit.

But in 2024, people with Part D coverage will no longer be responsible for any out-of-pocket drug costs once they enter catastrophic coverage. This is significant for seniors who use expensive medications for conditions like cancer or multiple sclerosis.

Also starting in 2024 through 2029, Part D premiums will not be allowed to grow faster than 6 percent per year.

And for lower income Medicare beneficiaries, eligibility for the Part D Low Income Subsidy (also known as Extra Help) will be expanded to 150 percent of the federal poverty level, from today’s limit of 135 percent. This change will mean about 500,000 more seniors will qualify for financial assistance to help pay some or all of their prescription drug premiums and deductibles.

When Medicare’s Part D program was enacted in 2003, negotiating lower drug prices was forbidden. But because of the Inflation Reduction Act, starting in 2026 Medicare will be empowered to begin negotiating prices with drug companies for 10 of the most expensive drugs covered under Part D. In 2027 and 2028, 15 drugs would be eligible for negotiations and in 2029 and subsequent years, 20 drugs would be chosen.

And, in addition to all the Medicare improvements, the Inflation Reduction Act also extends the Affordable Care Act (Obamacare) premium subsidies for three years that have helped millions of Americans gain coverage before they’re eligible for Medicare. ISI

Send your senior questions to: Savvy Senior, P.O. Box 5443, Norman, OK 73070, or visit SavvySenior.org. Jim Miller is a contributor to the NBC Today show and author of the book, “The Savvy Senior.” 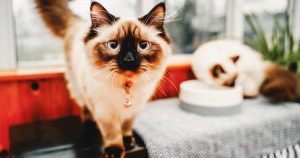 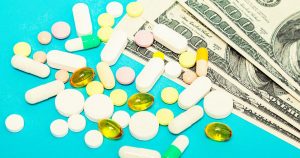 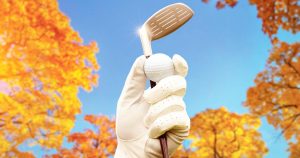