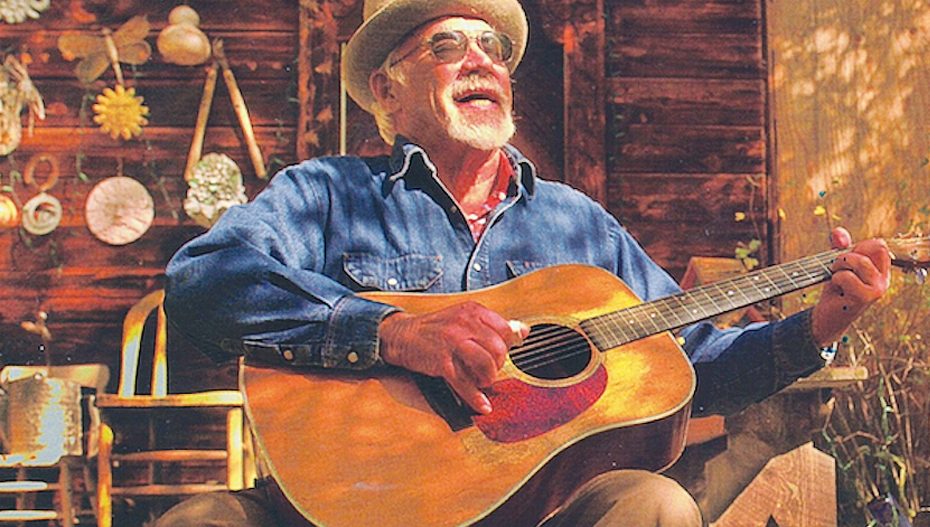 Sometimes, the most wonderful recordings are unrehearsed, spontaneous, and improvised. That’s the case with the recently released CD, John Thomsen and Friends: Songs from Loafer’s Glory, recorded at a small studio in Idaho City, a town of 500 northeast of Boise.

A beloved Idaho folksinger, John Thomsen, 80, said he made the recordings a few years ago when friends happened to drop by his home, which he nicknamed Loafer’s Glory, after a favorite Lester Flatt/Earl Scruggs song.

“People have told me, when they listen to the CD, they feel like they’re sitting there with us, among friends tossing some tunes around,” said Thomsen, who moved to Idaho City after playing gigs there years ago.

“It was a joyful magic, performing together,” said button accordion player Rick Ardinger, one of Thomsen’s longtime friends and the retired director of the Idaho Humanities Council. “We didn’t rehearse a list of tunes in advance or do any re-dos, so the collection has that live feeling. When John began a song, we did our best to find his key and rhythm, and any musical flourishes or embellishments were spontaneous, improvised, or accidental.”

Ardinger compared the recording to the work of Smithsonian folk music preservationist Alan Lomax, who saved so much of American folk music from obscurity during the 20th century.

“The recording is long overdue,” Ardinger said. “I don’t know why it took so long for John to do any formal recordings.”

Dubbed the “Golden Voice of the Boise Basin,” Thomsen’s voice still sounds as youthful as when he began singing and playing instruments decades ago throughout the West at folk festivals, weddings, birthdays, political events, funerals, dances, and backyard barbecues as a member of the Mores Creek String Band.

Thomsen and friends will perform the afternoon of Oct. 5 and 6, starting at noon at John Brogan Park, to celebrate Idaho City Days, a town festival.

Fellow folk musician Beth Wilson of Idaho City described Thomsen as “a walking library of songs. He knows so many verses and choruses and the stories that go with them that he has to keep his interest by rewriting some.”

In the early 1960s, Thomsen began playing folk music while studying anthropology at the University of Idaho.

“It was gaining popularity, and I had a knack for remembering lyrics and playing all kinds of instruments,” he said. “All my life, I’ve been learning to make instruments obey my commands—guitar, banjo, mandolin, accordion, dobro, pennywhistle, recorder, whatever.”

“Johnny set the bar for being an authentic folk treasure,” Daley said.

Thomsen rewrote “Home on the Range,” to oppose a proposal to turn the Owyhee Desert south of Boise into a bombing range. Tweaking the lyrics to “The Tennessee Stud,” he wrote “The Idaho Spud” and warned of a tater that grew to ginormous proportions after being nourished with water contaminated by nuclear waste from the Idaho National Laboratory.

“People really laughed and loved those protest songs,” Thomsen said, grinning. “Some days I feel as old as Methuselah. Then I start playing and singing, and I’m young again.” ISI