Finding Peace in the Panhandle 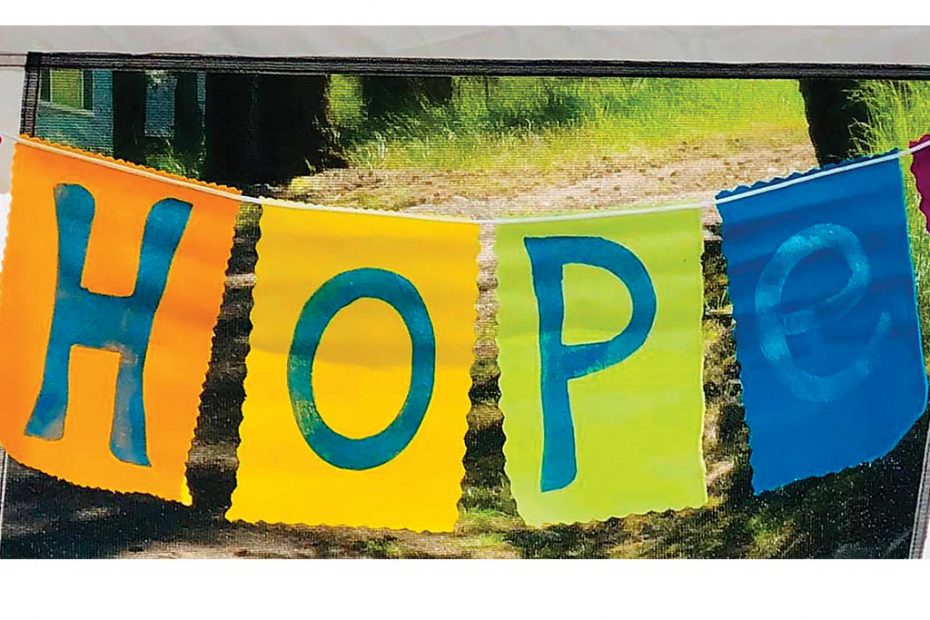 Look up Sandpoint, Idaho, and you’re likely to read about its beautiful lake, nearby ski resort, small town charm, and eclectic community.

While all of those are true, this little burb on the lakes of Pend Oreille, about 144 miles south of Canada, has a legacy of peace worth mentioning in light of the 94th anniversary of International Peace Month.

Proclaimed in August 1926 by attendees at the Democratic Peace Conference in Germany following the conclusion of the first World War, the original intent of the proclamation was to set aside time to learn from the horrors the war, which did not leave Sandpoint untouched.

Like many American towns, Sandpoint pays tribute to the survivors of WWI and subsequent wars in various ways. War Memorial Field, for example, was established in 1993 after a community-led campaign to develop the multi-use lakeside location where Sandpoint High School students play sports and annual Festival at Sandpoint extravaganza had been held since 1983, bringing in world-class musical talent.

Just south of Sandpoint, Farragut Naval Station was created in the middle of WWII, housing more than 50 thousand troops at its peak, its history helping shape Sandpoint and surrounding areas ever since.

Ironically, Sandpoint has faced down and dealt with a considerable legacy of WWII: white supremacy, Nazism, and the Aryan Nations, which had engulfed Coeur d’Alene, a similar yet larger lakeside town in a neighboring county to the south.

In response, residents formed the Bonner County Human Rights Task Force in 1992, building awareness through such events as an annual student art show.

Art is a prominent feature in Sandpoint and has been inherent to many local artists promoting peace. In 2001 artist David Kraisler created the sculpture Tolerance in response to a planned Aryan Nations parade in Sandpoint—it didn’t occur—and the piece stood at the Bonner County Courthouse until 2012 when portions of the foundation began to erode.

For Linda Heisel, peace comes in the form of prayer flags, similar to the Tibetan flags often depicted on or around Mount Everest.

“When I see prayer flags blowing in the wind, I see energy moving and dancing; I see joy creators,” says Heisel, who started making the color flags in 2014.

Soon she purchased a wood alphabet printing set, making flags to give to friends, which mushroomed into others requesting her flags.

Instead, her Prayer Flags of Hope and Peace donates the proceeds to a regional branch of National Alliance on Mental Illness, a grassroots mental health advocacy organization that helps people with mental illness and those affected by it.

It’s a topic close to home for Heisel, whose brother had schizophrenia (albeit undiagnosed), and was homeless when he came to live with Heisel and her husband, an artist and musician.

“His condition deteriorated until finally he was removed by local law enforcement,” says Heisel, who knows they all would have benefitted had NAMI’s Far North branch existed as it does now for residents of Idaho’s northernmost Bonner and Boundary counties.

Heisel generally makes the flags herself, although occasionally she gets help cutting the colorful blocks of cotton she uses. In addition to selling through her Facebook site, her flags are available at David Mercantile ($24) in Hope, Idaho—how apropos, right?

Sometimes she leaves a roll of flags on her travels to share “kindness and peace with whomever finds them.” And she’s delighted to learn that they’ve traveled with others to such places as the Camino de Santiago, Canada, Mexico, and Europe.

To date, Heisel’s sold 400 sets, given away even more, and sees as much need for them as ever, says the 73-year-old.

“Peace on Earth begins with peace of mind, and that is hard to come by in an unjust world,” says Heisel. “Peace of mind comes in knowing our neighbors, listening to one another, respecting our differences and offering support and kindness.”

She says the coronavirus has pointed humans in a new, yet familiar direction.

“We are staying at home and taking care of each other; neighbors dance together in the street, strangers sing together. Perhaps we can create lives that aren’t totally dependent on unjust systems; we see now that the security they seemed to offer is an illusion.”

Peace, she says, is built on a foundation of trust. “If we can move from fear to trust, the Earth teaches us how to live; our true needs are very simple—light, water, and dirt. When we trust our heart’s desire, we find the path of love is the way to peace.” ISI