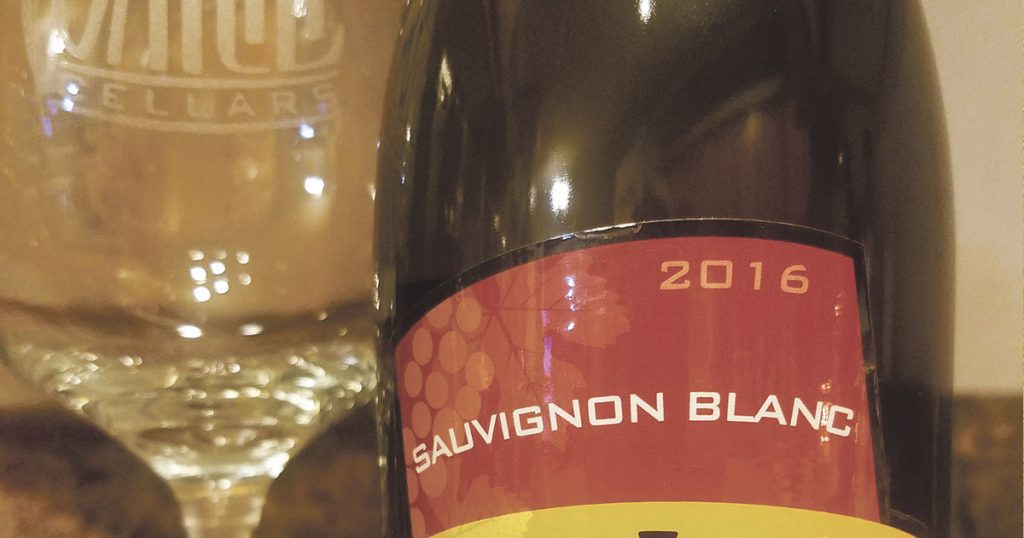 While the big-name cellars flourish in Washington, Idaho, and Oregon, finding smaller wineries producing great wine at reasonable prices is still a fun challenge. In November, I ventured to the “cork district” in downtown Spokane, to see if we could find some under-the-radar wines that deserve more attention.

Barili Cellars is a young winery, producing its first vintage in 2007. The tasting room is small and usually staffed by one of the owners.

I am a self-avowed red wine drinker, and a white has to be really good to grab my attention. Amazingly, Barili makes two that I found outstanding, both in taste and in price.

The 2016 sauvignon blanc had a luscious aroma, reminding me of gooseberries and ripe Niagara grapes of my childhood. This beautifully balanced white is from the Ancient Lakes AVA (American Viticulture Area, which denotes an area producing distinctive wines due to a combination of soil and climate found nowhere else) near Quincy, Wash.

This wine has no cloying sweetness, but instead has a lovely, lingering taste on the tongue that is what I would describe as simply mellow. It would be great with turkey, chicken, a mild white fish dinner, or with a creamy Havarti cheese pre-dinner. At $14 a bottle, this is a steal.

The second white from Barili also had me changing my mind about chardonnay. From the Ancient Lake AVA again, this 2016 offering was superb. It was barrel-fermented, which gave it a light touch of oak (I’m not a fan of heavy oak in a chardonnay. If you like that, this wine isn’t for you) and a delicious buttery taste and smooth mouth feel. It has a light bouquet, and the color is a luscious, gleaming gold.

This balanced chardonnay at $15 is something I would serve to the most discerning wine drinkers I know. Lightly seasoned grilled shrimp or smoked oysters would make an outstanding pairing with this wine.

Finally, a Barili red I loved was their $20 Double Barrel Red, a blend of 50 percent cabernet sauvignon and 50 percent syrah. This produces a really wonderfully smooth red, not overly acidic, that would be a terrific wine for people who say they don’t like reds. The blend holds its own and was the first wine Barili produced. Many blends seem nondescript, with no real character or memorable flavors, but that’s not the case here.

The Double Barrel Red is not overly sweet as I find many blends to be, nor is it bland. Rather, it is robust enough to handle beef and venison dishes very well. It has its own character, and I suspect it’s because the wine maker has limited the blend to two outstanding grapes.

I would serve this with a hearty winter elk stew or a selection of robust, red–sauced Italian dishes or a great big marinated beef steak for the grill.

Over the border in Idaho, in the tiny town of Julietta, south of Kendrick on Hwy 12, Colter’s Creek Winery has made a name for itself. The restaurant and tasting room in Julietta feature small plates of exceptionally well-prepared food that complement the wines produced from grapes grown in the region.

Named for a well-thought-of member of the Lewis and Clark Expedition, Coulter’s Creek is now in the Lewis-Clark Valley AVA, a designation just assigned by the U.S. Government in 2016. The winery produced its first 300 cases in 2008 and has continued to make excellent wine from every vintage.

On the advice of a friend, a group of us tried the chardonnay, and it did not disappoint us. We had it with grilled wild salmon. It’s a white that can stand up to the distinctive flavor of salmon without being overwhelming. It has just a touch of oak with has a smooth, yet robust, flavor redolent of light, summer fruits, without any cloying sweetness to diminish this fine white wine.

Serve this chardonnay chilled, but not cold, letting it breathe for several minutes before pouring, and you will be awarded with a wonderful glass of fruit-forward flavor.

In addition to salmon, this wine would complement quiche, goat cheeses, and cream-sauced dishes. On hot summer days, this wine would be fabulous all on its own. With a price around $16, this is a white that is worth every penny.

Our next Colter’s Creek wine was their 2014 syrah, another recommendation from a friend. Four of us eagerly decanted the bottle, let it tantalize us for about 20 minutes, then poured glasses to accompany smoked wild elk tenderloin.

One of the four of us is absolutely crazy for syrah, and she anointed this “one of the best, no matter the price” of any she’s had. This is a drier red, rich in those wondrous polyphenols that research suggests may inhibit plaque in blood vessels. But most of us don’t drink wine for the potential health benefits. We drink it for the luscious flavors of summer packed into a bottle that can be opened in the dead of winter.

This syrah is redolent of dark fruits, deep, red ripe plums, and just a touch of pepper lingering in the mouth. It has enough character and integrity to age well but is not too young to open right now and enjoy with spicy Italian red sauces or aged, sharp cheeses.

It received a Gold Medal in the 2017 Savor NW Wine Competition and was called “outstanding” in the category of Best Rhones under $30 by Wine Press NW in 2016. We didn’t know this when we bought the bottle for just under $17, but the four of us agreed it was a stand-out wine we’d all buy again.