A Small World for Joyce Steffens 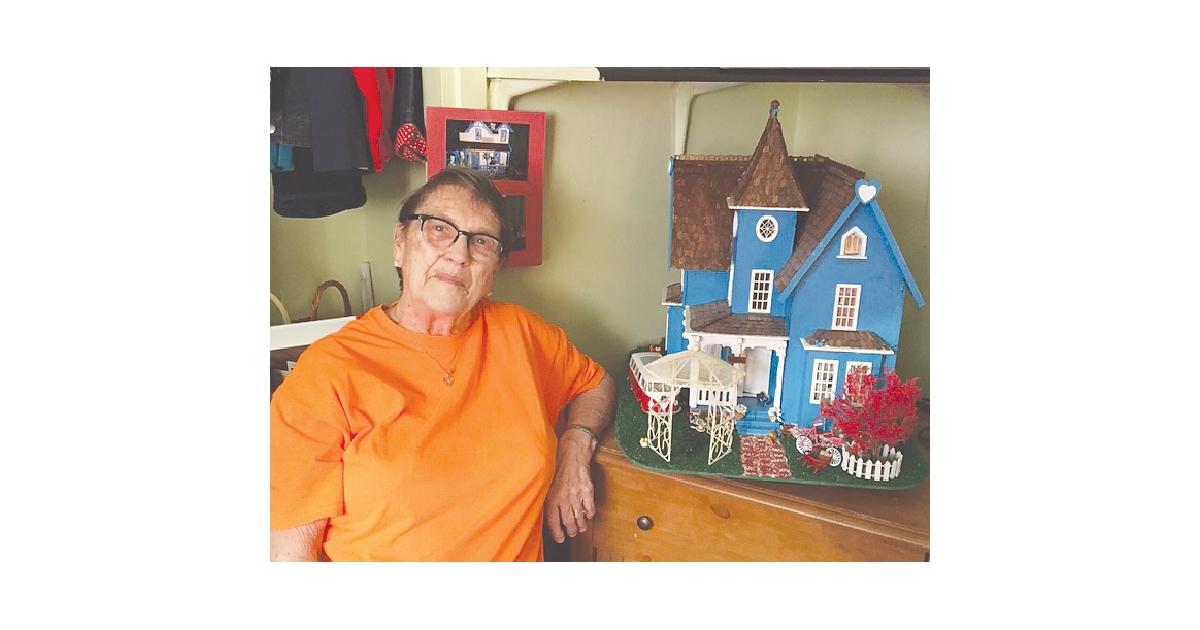 Miniatures have not always been a passion for Joyce Steffens of Boise, but her world became much smaller about 20 years ago. She happened to attend the 1998 Mini Les Bois Dollhouse and Miniature Show, where she was fascinated by an intricate and spectacular miniature French chateau on display. At the same show, Ella Dean Cantrell, a long-time dollhouse enthusiast at the registration table, invited Joyce to a Mini Les Bois Club meeting. That’s all it took.

As her first solo project, Steffens refurbished a dollhouse received from a woman who no longer had room for it. Joyce has since built several other houses from kits—a huge Victorian, two-story house, a country store, a “bear’s inn” and many room-box vignettes.

During her first years as a club member, Steffens did not become active. Eventually, she served as the club’s hospitality host, providing refreshments for vendors at the annual show and coordinating goodies for each month’s club meeting. She also took a turn as club president. Her favorite position has been club historian, collecting memorabilia, articles, and photographs of the club’s many projects.

Steffens also traveled with club members to Salt Lake City and Northern Idaho for “State Days,” gathering of National Association of Miniature Enthusiasts for annual workshops. These workshops introduced her to the smaller scales in which miniaturists work.

Steffens, 84, now works primarily in the half-scale and finds it challenging, requiring patience, a steady hand, tweezers, and a magnifying light. Since it is not the primary dollhouse scale, she also has to “hunt” to find furnishings for her smaller houses.

Things are so small, it can be difficult to truly stay “in scale.”

When asked about her latest project, Steffens said, “I don’t have time for a project this winter! I’m working on this year’s miniature show. It has proved to be a ‘dang’ lot of work!” The club had lost its longtime show manager, Bobbi Hargett, just a month before last year’s show. Many club members hurried and scurried to keep the show running.

In the aftermath, Steffens agreed to step forward as this year’s manager, since she had often helped out and knew “the ropes.”

Organizing the show had been second nature to Hargett, but important files on her computer were unrecoverable. Lists of past vendors and participants could not be found; forms and spreadsheets were missing. Steffens and her crew had to re-create these pieces as they planned this year’s show.

Excited to finally get the 2019 venue underway April 13 and 14, Steffens said, “Our conference room will be filled with vendors from across the Northwest. We will have door prizes and fantastic exhibits to inspire our participants, just as I was first inspired 20 years ago.”

What compels Steffens to create her miniature worlds? “I love coming up with ideas for projects, and I love moving things in and out of my houses—redecorating. If I have a specialty, it would be making curtains, bedspreads, and rugs for my tiny spaces.”

What keeps her active in the Mini Les Bois Club? “It is just so fun,” she said. “Every month we make some new little thing together. I learn new skills while enjoying the company of friends as obsessed with miniatures as I am.

Her advice to anyone thinking small? “It helps to have patience and a bent toward precision,” she said. “Be warned, it will take up your time! Your head will become filled with details about your current project and ideas for new projects!”

Weiser-born Joyce Mackrill married Benny Steffens, and they’ve lived in the Boise area throughout Benny’s Army career at Gowen Field. Coincidentally, the eldest of their two sons, Rod, shares his mother’s “mini” impulse. One can find mother and son scouring flea markets and thrift stores across the Treasure Valley for tiny finds. ISI

Susan Buchel, a miniature enthusiast specializing in creating fairy garden accessories from nature, lives in Garden City, ID. She retired as a National Park Service museum curator and park interpreter, enjoying the western parklands in which she worked.