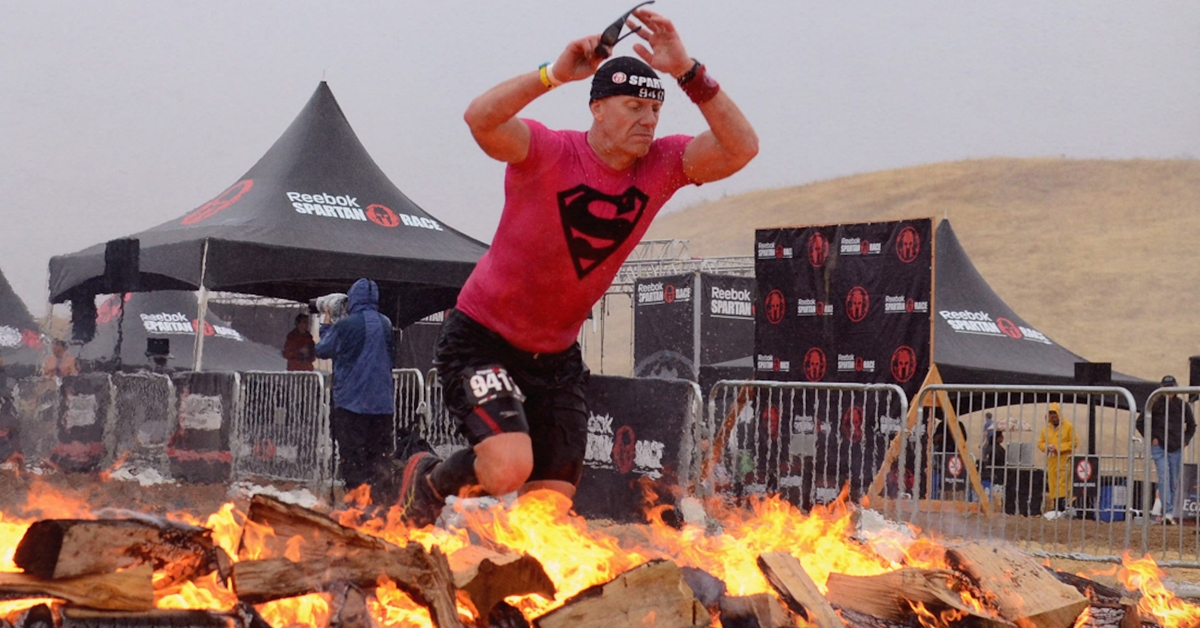 Aching for a new fitness challenge, Thomas Reynolds’ curiosity was piqued when he heard about an obstacle course race called the Spartan Beast.

During the competition, he would not only crawl through mud but also slither under barbed wire, climb walls, and leap over a wall of fire for a finale.

A commercial loan officer at US Bank in Twin Falls, Reynolds, 50, registered for his first Spartan race in 2013 in Sacramento.

“It got me hooked. I’d done some Dirty Dash obstacle courses, but they weren’t timed and weren’t very challenging for me,” said Reynolds, who competes in about a half dozen Spartan races annually.

He is training for the Spartan competitions in Bigfork, Mont., the first weekend in May and a sprint race on June 23 at the Thomas Pence Ranch near Payette in western Idaho.

Spartan Racing Inc. offers courses to test competitors’ physical strength and mental fortitude and to ultimately “rip you from your comfort zone,” according to Spartan.com. “If you think you can’t do it, you’re wrong. Get to the starting line, and show yourself what you are capable of.”

Races are organized in three divisions: a Sprint with about 20 to 23 obstacles in 3 to 5 miles, a Super with 24 to 29 obstacles in 8 to 10 miles, and a Beast with more than 30 obstacles in 12 to 14 miles. Competitors register as either elite or open.

Reynolds said the Spartan philosophy appeals to him, too. True Spartans, according to the company’s website, give generously, learn continuously, push their minds and bodies to their limits, and master their emotions.

They know their flaws as well as strengths, prove themselves through actions not words, and live every day as if it were their last.

“Wherever I go, I’m out there for the competition,” said Reynolds, who has completed races in Idaho, Montana, California, Utah, Colorado, Nevada, Arizona, and Washington.

“I don’t plan to win, but I do compete with myself and my teammates on the Spartan Spuds. If I have the opportunity, I’ll run the first race of the day in the elite group and run a second race for fun or with team members who are running in the open wave.”

He offers advice for those who are considering a Spartan race.

“People tend to focus too much on the obstacles and spend a majority of their training on completing obstacles,” he said. “They may be able to complete every obstacle, but do they have the cardio to run 4 miles, 9 miles, or 13-plus miles? Focus on running, mostly trails, and in your spare time work on grip strength and obstacles.”

Reynolds said he looks forward to competing in a new category this year.

“It’s based on age, so I’m planning to see how I rank against others in my category,” said Reynolds, who will also race in Nevada, Colorado, Utah, Washington, and California. “I’m excited for the upcoming season.”