In 1965, Fats Domino and the Beatles were introduced in New Orleans. When Domino was asked later about meeting the world’s biggest rock band, he grinned and answered, “No, they got to meet me.”

There’s no doubt that the New Orleans legend once influenced the nascent quartet.

George Harrison recalled Domino’s “I’m in Love Again” as being the first rock ‘n’ roll song he ever heard. “Ain’t That a Shame” became the first tune that John Lennon learned on the guitar.

The Beatles sometimes performed Domino’s songs during their bar-band nights in Germany. They also used his version of “The Sheik of Araby” when they auditioned—unsuccessfully—for Decca Records in January 1962.

In the book Many Years from Now, Paul McCartney recalled sitting at his piano in early 1968 and creating a bluesy boogie-woogie tune that eventually morphed into “Lady Madonna.”

“It reminded me of Fats Domino for some reason, so I started singing a Domino impression,” he said. “It took my other voice to a very odd place.”

Among Domino’s 11 Top-Ten winners—mainly released on the Imperial Records label—was “Blue Monday,” a million-seller from early 1957; it became the eventual inspiration for “Lady Madonna.”

The “Blue Monday” lyrics throbbed with the drudgery of a workingman’s life as Domino recounted a litany of activities during the seven days of the week.

McCartney’s “Lady Madonna” echoed “Blue Monday” in structure when he wove his own story of a put-upon woman during her bleak six-day week. (McCartney later admitted that he forgot to include Sundays.)

Apart from the “Blue Monday” influence, McCartney, writing in a pre-feminist state of mind, lamented the lot in life of many women, wondering how they managed never-ending chores and responsibilities while at the same time often toiling merely to survive in a tough world.

Over the years McCartney has given differing answers when asked about the genesis of “Lady Madonna.” He used to claim that he was first thinking of the Virgin Mary, later changing his story to involve working-class women in Liverpool (his Catholic mother, Mary, had been a nurse), and, finally, mothers everywhere.

He eventually cited a National Geographic photograph of a Polynesian woman with a child at her breast (the caption read “Mountain Madonna”) as being part of the inspiration for “Lady Madonna,” which, as an upbeat, Domino-influenced tune, became the Beatles’ 25th Top-Ten single and heralded a brief return to 1950s-style rock for the band.

The final charting single for Domino occurred in 1968 when his own rendition of “Lady Madonna” reached the bottom of the Billboard Hot 100 chart. The tune was recorded in Domino’s trademark rollicking style—and not for one moment was he trying to sound like Paul McCartney!  ISI 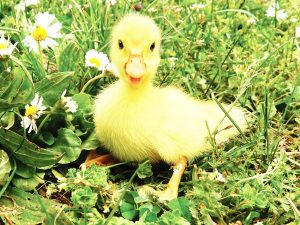