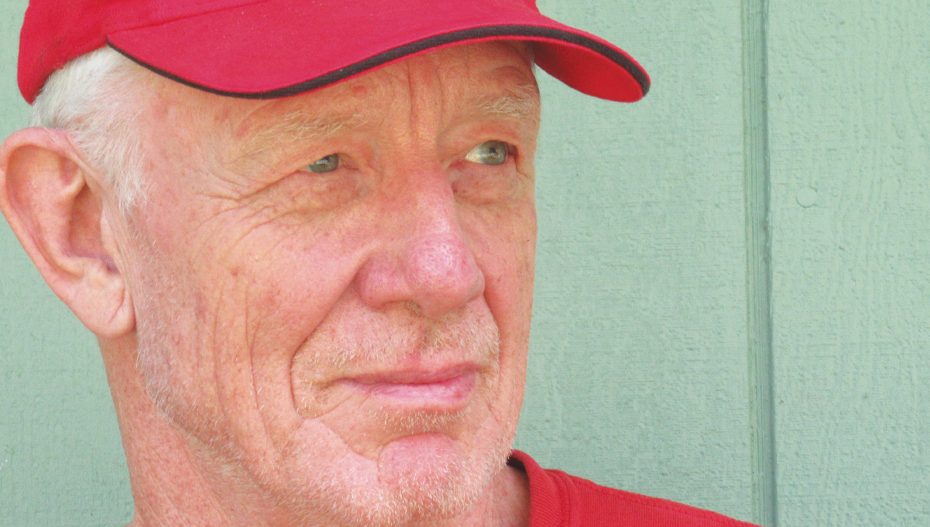 If he has any regrets, Wes Hanson doesn’t seem to focus on them. At 72, he lives a life many might envision for themselves—father and family man, retired from teaching public school, a dedicated conservationist, an active outdoorsman, a longtime artist who also conducts workshops, and an avid reader and poet.

Hanson follows the advice he has lived by for decades: just do it.

If people want to write poetry, he said, they ought to read a lot of it, write some, and only afterwards listen to what others have to say about it.

“They just ought to be brave enough to do it and accept the fact they might not be good at it,” said Hanson, whose background is a mixture of formal education and self-motivated learning.

Hanson was born in Detroit, pursued English literature in college, and ended up teaching high school in Michigan for several years before deciding he wanted to do something different. So at 24-years-old and with little conditioning, other than being young and energetic, he geared up to bicycle across the United States.

Wearing Converse All-Star sneakers, a bandana, and t-shirt, Hanson spent seven weeks covering 3,000 miles. He traveled across the northern shelf of the country and down into the Idaho panhandle, where he’d eventually relocate, completing his master’s at University of Idaho, and meeting his first wife.

His trip also brought him past Lakeland High School, where he would eventually spend the remaining 30 years of his public school teaching career, teaching language arts to college-bound seniors.

“The kids worked their brains out,” said Hanson, who retired from teaching in 2002.

Although his background is in literature and writing, Hanson also pursued art. He decided painting workshops with top-notch teachers were his preferred format.

“I didn’t want to waste my time with people who didn’t know what they were doing.”

Hanson is enamored with watercolor, his preferred medium. “I think watercolor is delicious,” he said, “almost like being in the presence of an emerging spirit.”

Although he might still take workshops, he also teaches them, preferring the condensed format of a few days. “You really have to perform.”

He figured he does around 12 workshops a year, geared toward people interested in starting or refining their painting, drawing, or poetry skills at such places as the Ray and Joan Kroc Center in Coeur d’Alene, Idaho and through the Artisans at the Dahmen Barn, located in an historic barn in Uniontown, Wash.

He offers this advice and encouragement through a poem:

This is what I tell students
who hold brushes tight
and press hairs into paper
as if force could waken beauty.

If you seek beauty,
breathe slowly and watch
things unfold.

When you paint,
watercolors merge and float / to subtle washes.

There are no accidents,
no miracles.

Although his 3,000-mile bike trips are a thing of the past, he still hikes and backpacks regularly, bringing with him a sketchbook as well as waterproof ink and watercolor paint.

Being out in nature is essential for Hanson, who was interested in conservation and environmental issues from early on. He and his first wife, Gertie—she passed away in 1998—labored to keep overdevelopment near his Coeur d’Alene home in check, spending 11 years to help secure an 88-acre watershed and wildlife habitat now known as the Cougar Bay Preserve.

They turned to the Inland Northwest Land Conservancy to help protect 160 acres where Gertie’s family homesteaded since 1902 and where Hanson still lives.

“It takes a few persevering people to make things happen,” said Hanson, who is still active on the planning commission.

Hanson is concerned about technology and a society that’s too complex, unable to simply be.

“You have to be content watching a chipmunk,” said Hanson, who greatly admires the work of poet Mary Oliver, whose piece, “Staying Alive,” offers this:

I stood willingly and gladly in the characters of everything
other people, trees, clouds. And this is what I learned, that the world’s otherness is antidote to confusion
that standing within this otherness
the beauty and the mystery of the world, out in the fields or deep inside books
can re-dignify the worst-stung heart. ISI