Scales of justice? This conjures up the blindfolded Lady Justice gripping a balance in her right fist. In this case, however, we’re talking scales of fish. In particular, trout scales. And more particularly, about the injustice perpetuated on Idaho’s trout reputation.

The catch? It has nothing to do with snagging fish. It’s rather the reel mystery behind a March, 1919 Idaho state law whose flaws jump out at you like a trout thrashing for dear life while an angler battles back on his deeply bowing pole.

“Any animal?” That casts quite a wide net of possibilities. Were the 105 Idahoan legislators in 1919 seriously including not just horses, mules, and donkeys, but any animal that humans ride? How about camels, giraffes, elephants, llamas, water buffalo, zebras, reindeer, yaks, or ostriches?

In 1919 Idaho had 293,123 horses, 7,735 mules, and 451 donkeys, but none of those other beasts of burden resided in any local zoos or circuses at the time. Laws ought to be crafted to avoid being too broad or overly specific. Why not just identify the obvious suspects?

Shall we now tackle the enforceability issues around this law? First, in 1919 there were eight Fish and Game wardens in Idaho, responsible for patrolling 107,000 miles of rivers, creeks, and streams with respect to fish. In terms of game, they supervised 83,000 square miles of land.

Second, in the two years since its inception, of all the 318 recorded violations, this law was not cited once.

Third, how are fisherpersons supposed to even know about this law when the 1919 fish laws ran to 43 pages?

Fourth, how can a game warden who happens upon an angler fishing from a horse even know if he’s fishing for trout or not? What if he were fishing for whitefish, perch, bass, sunfish, or graylings? And if he weren’t on horseback, then it was OK to fish for trout or any other fish? After all, he’d have been up the creek without a saddle.

Apologists for the legislators might carp that horses in rivers might roil up sediment, to the detriment of trout. But they’d do that anyway if they were simply fording a stream. And what about the anglers themselves wading about? They’d also disturb the river bottom.

Last, what about the imbalance of justice for trout in Idaho? How many rivers, streams, counties, towns, parks, wildlife refuges, recreational trails, or monuments in the state are named after “Trout?” You can count them on the fingers of no hands. So, what recognition of “Trout” is there? Well, the cutthroat trout has been honored as the official state fish (but only belatedly in 1990). And out of the entire state are only 13 streets have the word “Trout” in their name—like Trout Springs Road in Swan Valley and Trout Ranch Road in Driggs.

Why is this an unsupportable imbalance? Consider that Idaho is famous for its world-class fishing streams. It boasts 46 different kinds of trout—a tourism boon. Consider that the Middle Fork Salmon River has not only the highest density per mile of trout in Idaho (more than 6,000), but the highest in the United States, and, even better, the highest in the world! How about a shout-out for trout?

Idahoans should be puffing out their chests with pride. This is beyond fishing for compliments. Couldn’t the powers that be just rename one county “Trout?” Maybe a teensy park? There are currently 88 Idaho citizens with the name “Trout” on their driver’s license. Couldn’t these unheralded Idahoans petition the governor for bragging rights? How about replacing those abstract steel pillars in front of Boise’s city hall with a 20-foot — nay, 30-foot — bronze statue of the redoubtable trout?

And as for the legislation itself, is it any wonder the law is no longer on the brooks? ISI 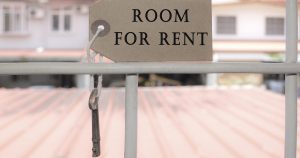 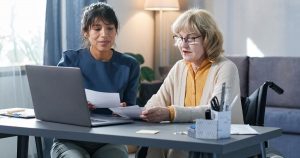 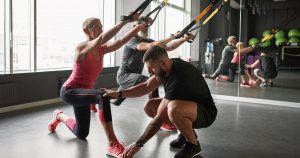