Wild in the North: Kootenai NWR 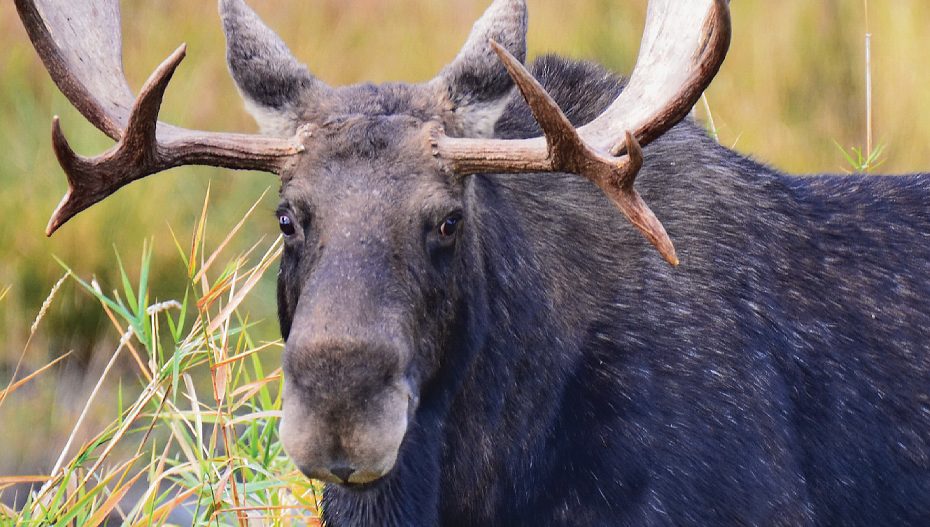 One of the most special places for bird and wildlife watching in the panhandle is the Kootenai National Wildlife Refuge reached by traveling Highway 95 through Bonners Ferry. At 2,774 acres it’s not the biggest refuge in the West, but the rich inland temperate rainforest habitat of the area makes it a unique area for folks to visit. And, the beautiful and rugged Selkirk Mountains are the perfect backdrop for the refuge.

Spring is the time to explore the Kootenai NWR. Three hummingbird species are summer visitors beginning with the Rufus, the first to arrive each spring. The smallest long-distance bird in the world, the Calliope, flies from Mexico to the refuge to mate and hatch its babies. The black chinned hummingbird, found in a variety of habitats from deserts to mountains and here in lush forests, also summers in the refuge.

“The best place to see all three species of hummingbirds is at the refuge Headquarters in May and June,” says Talina Richards, Administrative Support Assistant at Kootenai NWR. “There are often fifteen birds flying around the feeders all spring and summer.”

Raptors abound here as well with regular sightings of American kestrels, our nation’s symbol the bald eagle, Northern Harriers, red-tailed hawks and, of course, ospreys. Waterfowl are abundant as well including great blue herons and geese.

Established in 1964 as a refuge for migratory waterfowl, the area is a great place for seeing these birds. Don Bartling, a board member of Friends of the Kootenai National Wildlife Refuge, says spring is special on the refuge.

“Things just come alive then. The blue herons have a rookery here that gets busy in the spring and watching the new goslings line up behind their mother with father trailing behind is always fun to watch.”

“We have a lot of waterfowl in general,” says Richards. “In late March and early April mallards, mergansers and widgeons show up and we have all three species of teals, too. And sometimes during migration we see tundra swans, but none nest here.”

In addition, the marshy areas of the refuge provide excellent habitat for more secretive birds like bitterns and rails.

Upland birds on the refuge include three species of grouse: dusky, ruffed and spruce. Kootenai NWR does allow bird hunting, but restrictions are in place and all hunting requires an IDFG license.

“Waterfowl hunters can’t use blinds,” explains Richards, “but we do encourage them to use dogs for retrieving birds.”

Mammals are an important part of the refuge and include mule deer, white tail deer, elk, moose, black bear, grizzly bear and mountain lions. Don Bartling, an avid photographer who’s at the refuge throughout all the seasons, has also documented a wolf.

“The most popular animal is always the moose,” Richards shares. “People come to Headquarters to ask where they can see moose. June is the best time to see cows with their calves actively feeding in the wetlands.” A special feature at KNWR are blinds for handicapped deer hunters.

“We have ten, one-week slots for reservations of blinds for disabled hunters and they are always filled,” says Richards.

All IDFG rules and regulations apply for hunting as well as specific refuge rules. Call the refuge office for more details.

Four maintained hiking trails are easily accessible in the refuge. According to Richards, the Myrtle Falls trail is the most popular. Deep Creek Trail is the longest but it is flat and travels along a dike winding through riparian habitat. The Chickadee Trail is made of concrete with animal tracks embedded in the walkway.

“This trail is handicap accessible,” adds Richards. “It’s also a great trail for education with all the animal tracks on it.”

The final trail is Ol’ Humpback which is a one-mile hike through typical temperate rain forest trees and plants.

Friends of the Kootenai NWR play an important part by helping with educational programs in season and pitching in to help refuge staff with maintenance like fence repair, lawn mowing and cleaning out bluebird and wood duck boxes. In addition, the Friends installed and maintain a pollinator garden near the refuge office. Allen Rose is a member and he says the group has about one hundred members.

“Our main purpose is to reach out to the local community and encourage people to come to the refuge and enjoy this special place,” he says. “We also help refuge staff present several educational programs each year.”

Examples of programs include a guided bird walk each month in spring and again in fall when migrations are happening; photography workshops and waterfowl hunting workshops. Rose says they hope to have an archeology workshop this summer and a possible presentation by the Kootenai tribe on their work to reintroduce woodland caribou to the area.

“The refuge has also had presentations of live birds of prey and a program about the bat species found here,” adds Richards.

Rose says visiting the Education Barn is a must.  The Barn is open daily during season and is where the education programs are presented.

“It’s really a great place,” says Rose. “It’s got stations with computers and microscopes for people to use and has a fantastic taxidermy display of many of the animals found on the refuge.”

An auto tour of the refuge is popular with visitors and Rose says it’s a great loop to cross country ski or snowshoe in the winter.  This year the tour route is scheduled to be closed part of the summer in order to replace a river water pump used to control wetland moisture, so check at the office to be sure the road is open.

The best way to find out what’s scheduled is to call the refuge office at 208-267-3888. Go to friendsofkootenainationalwildliferefuge.org ISI