Gregory Boyington’s story began in Coeur d’Alene, Idaho, where he was born in 1912. His family then moved to the north Idaho logging town of St. Maries when he was three.

The seeds for his future air heroics were sewn in St. Maries, when he was just six years old. Clyde Pangborn—who later became the first pilot to fly non-stop over the Pacific Ocean—took the boy with him on a flight.

At that moment, Boyington’s lifelong love of flying officially began.

In 1930, he enrolled at the University of Washington in Seattle. A member of the Army ROTC and the Lamda Chi Alpha fraternity, the short, stocky young man was also on the Husky wrestling and swimming teams.

As a wrestler, he held the Pacific Northwest Intercollegiate Middleweight Wrestling title.

Boyington graduated in 1934 with a degree in aeronautical engineering, married, and worked for Boeing for a year. Finding himself restless and in search of adventure, he joined the U.S. Marine Corps in 1936 and became a pilot.

Boyington was a flight instructor for the Marines for six years. He resigned from the Corps to become a pilot for the Flying Tigers—the First American Volunteer Group for the Republic of China Air Force. As a flight leader, he saw combat in Burma in late 1941 and in 1942, during the military conflict between China and Japan.

After Japan’s World War II Pearl Harbor attack, Boyington rejoined the Marines as a major and headed for the South Pacific.

In 1943, at the Espiritu Santo airfield in the New Hebrides, Boyington held a desk job handling the replacement pilots pool. Bored with life on the ground, he convinced his superiors to let him put together a much-needed new squadron, The Black Sheep.

Because he was several years older than his men, Boyington was often called “Gramps.” That moniker later evolved to “Pappy”—a nickname that stuck with him for the rest of his life.

In only 12 weeks of combat, his Black Sheep Squadron earned legendary status by destroying 94 enemy planes. Boyington himself acquired a Marine Corps pilot record for shooting down 28 planes.

But at the beginning of 1944, Boyington’s flying days ended abruptly. On the day of his 28th “kill,” a Japanese Zero fighter shot him down. An enemy sub picked him out of the water, and Boyington spent the next 20 months in POW camps. He often suffered beatings and was near starvation.

The Marines listed him as Missing In Action, but many thought he had died in his plane’s crash. Through a fellow POW, he was able to send a code word to his mother that he was still alive.

After his POW camp was liberated at the end of the war, Boyington returned to the United States and received a Medal of Honor.

Boyington retired from the Corps in 1947, receiving a promotion to colonel upon his retirement. After moving to California, he became a brewing company executive, then the vice president of a manufacturer of aircraft and missile components.

His war-time memoir, Baa Baa, Black Sheep, was published in 1958. The book shot to the top of the bestseller list, where it remained for over a year.

Eighteen years later, when the movie and television rights for the book reverted back to Boyington, he sold the rights to Universal Studios. A television series titled Baa Baa, Black Sheep—for which Boyington was a technical adviser—debuted in 1976 and ran for two years.

Boyington died in Fresno, Calif., on January 11, 1988, at the age of 75. He was buried in Arlington National Cemetery. He was survived by his fourth wife, Josephine, two adult children, and eight grandchildren.

Pappy would have liked that. ISI 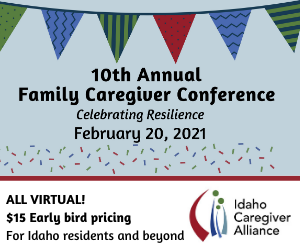