Center of the Universe: Wallace, Idaho

Wallace is a small town in northern Idaho with a population hovering around 900. Its interesting history and intrigue pulls many visitors in to spend a day or two. Residents call Wallace the “Center of the Universe.”

The entire town is listed in the National Register of Historic Places. A recent edition of True West Magazine also listed Wallace as one of the top-ten historic towns in the West. It’s also been the filming location for such notable movies as Heaven’s Gate and Dante’s Peak.

“Being of sound body and mind, I do hereby solemnly declare and proclaim Wallace to be the Center of the Universe,” explained Shaffer. “We were further able to pinpoint the exact Center of the Universe, to wit; a sewer access cover slightly off-center from the intersection of Bank and Sixth Streets.” How much more precise can that be?

Former Wallace mayor, Ron Garitone, explained it another way in 2004.

“If scientists could not provide proof that Wallace is NOT the center of the universe, then the absence of such proof must compel us to conclude that Wallace must therefore BE the Center of the Universe.”

Harry Smith of NBC’s Today Show came to Wallace a few months back to learn more about the town ‘s wacky claim to fame.

Wallace’s origins date back to the 1800s. It was a mining town. One of its mines, the Sunshine Mine, has produced more silver than Nevada’s entire Comstock Lode. It’s the richest silver district on Earth and thus called The Silver Capital of the World.

Perhaps the best way to get a feel for those early mining days is to take an underground tour. The popular Sierra Silver Mine Tour offers its trolley ride, which is both educational and fun. A retired miner guides tourists through the mine, demonstrating how the mining equipment worked.

If an underground tour isn’t your cup of tea, then a visit to the Mining Museum might be a better fit. It’s been named one of Idaho’s finest educational and research institutions. If you’re looking for a souvenir or two to take home, you might also find it here.

Miners, mostly single men, came from all walks of life to work in these mines. The ratio of men to women was about 200 to 1. That led to a number of bordellos opening for the “convenience of miners.”

Wallace has long held that notoriety. The Oasis Bordello, now one of the town’s museums, was one of five bordellos in its block and remained in operation till 1988. That facility is now open to the public via guided tours. When the bordello closed in 1988, the ladies of the night who resided there had left in a hurry. The rooms today are pretty much as they were when the women left. Wallace has other museums of interest as well.

The Northern Pacific Railroad Depot is not only a beautiful building built in 1901, but also a museum. Learn more about the story of the mining district, the richest Silver District on Earth, the presidents who have visited, and the Great Fire of 1910.

Wallace’s newest attraction is the Barnard-Stockbridge museum, which contains a collection of photographs by photographer Nellie Stockbridge in the late 1800s.

The collection comprises about 200,000 photographs, which had been previously housed at the University of Idaho. The University didn’t have space to show the collection, which really belonged in the Wallace area.

The quality of the photos is phenomenal, even for the current era, let alone over 100 years ago when they were taken. Their clarity equals any images produced today with modern cameras.

Visitors looking for a historical experience that requires some exercise will find it on the Pulaski Trail. The Great Fire of 1910, which burned 3 million acres in less than two days and is still the largest fire in U.S. History, also burned a third of Wallace. A forest ranger by the name of Ed Pulaski led his crew of 45 men to safety in a mining tunnel, ordered them to lie down, and covered the entrance with blankets. All but five men survived.

A road heading south from Wallace meets a nice trail leading to the Pulaski Tunnel. The round-trip walk takes roughly three or four hours, depending on one’s stamina and physical condition.

This is but only a brief introduction to Wallace. There are several restaurants, accommodations, the Sixth Street Melodrama with year-round performances, a local brewery, biking trails—and the list goes on. MSN 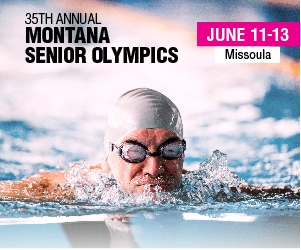