(SENIOR WIRE) When I read the other day that television’s absentminded Lieutenant Columbo died in 2011, I scratched my head. Somehow I missed the news, but a list of notables who died of Alzheimer’s brought me up to speed.

Ever since my dad passed from the disease in 2012, I’ve developed a special sympathy for members of his unfortunate tribe. My favorite writer, E. B. White, said in his last years, “[I] am dependent on seven different pills to stay alive, can’t remember whether I took the pills or didn’t.”

Nancy Reagan’s “long, long goodbye” to Ronnie reached across every aisle with its truth. Tough guy Charles Bronson was no match. The dignified Margaret Thatcher succumbed.

Hardly anybody remembers Auguste Deter, whose doctor, Alois Alzheimer, examined her in the early 1900s in Germany. When asked to write her name, she stopped a couple letters in and said, “Ich hab mich verloren.” (I have lost myself.)

At the moment, an estimated 5.1 million Americans are looking for themselves. I can’t imagine their heartbreaking search.

At his Florida home, Dad would stare at a wall of framed photographs—children, grandchildren and other relatives. Still mostly in possession of himself, he explained his mission: “I don’t want to lose you.”

But Alzheimer’s has no off-ramp. Porch sitting at my house the evening before moving into assisted living, he stared into the distance, baffled and defeated. I said, “Dad, would you like me to tell you about your life?”

His eyes stayed blank. “Boy, I sure wish you would.”

Denny Coleman was a Wesleyville Bulldog who scored a game-high five points on the basketball court in the early 1940s. He enlisted in the Navy toward the end of World War II, but saw no action. He married Dolly Miller and had four children.

Sometimes I was his cousin or brother, on a good day his son.

I kept talking, but the details melted away immediately. He divorced my mother and remarried. He was president of his snowbird condominium association for many years. His standard response was, “Well, if you say so.”

The only thing he knew for sure was that I belonged to him. Each time he spotted me coming his way at Independence Court—an ironically named old folks’ home—he raised his eyebrows, let out an “aw” of relief, and put out his arms as if for a life preserver.

This image of Dad going under is haunting, but it has yielded a blessing.

My pastoral work frequently takes me among folks who cry, “Ich hab mich verloren.” They tell the same stories over and over again, and I now find them beautiful.

I hear it all: love, victory, defeat, joy, birth, death. My old friends start off a memory with, “Did I ever tell you about … ?” I respond with a fib: “Gosh, I’m not sure. Tell me again, just in case.”

What happens next is a privilege. As they speak, it’s as if they blow dust off a cigar box, take out a charm bracelet or a Purple Heart, and hold it out to me. As we examine it, I remember that the box has maybe two or three treasures left, and nobody knows when they’ll be stolen.

Whatever the plot, my friends all say the same thing: “I’m losing myself, but I still have this story. It’s all I have left. Let me tell you.”

As I receive a memory of love or a grief so old and profound that speaking it is a burden lifted, I make a silent promise: “When you can’t find yourself anymore, I’ll keep your stories safe. Every now and then, I’ll see your face and listen to the gifts you kept giving me. Don’t be afraid. I won’t let you disappear.” ISI 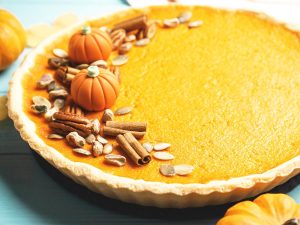 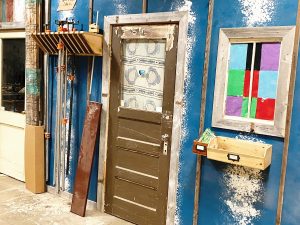