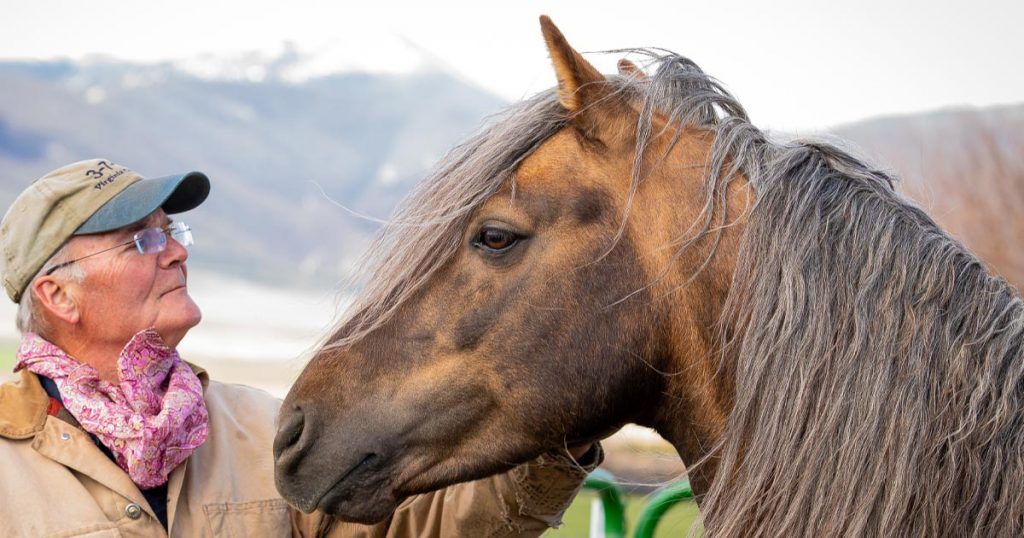 In 1989, Bryan Blatt went on an elk hunt in the rugged backcountry of Idaho.

“I learned quickly that Idaho backcountry is steep, all up and down,” he recalls. “And I was impressed with the 22-year-old Morgan gelding the guide was riding. He said there was no better mountain horse in that country than a Morgan.”

Blatt decided right then he was going to find a Morgan for himself. It took him a few years, but he found a stallion he wanted and two mares, and the rest is now history.

“From that first stallion, I’ve grown the herd to over a hundred horses, all of which are 100-percent foundation, ranch-bred Morgan,” Blatt says. “It’s been a lot of hard work, but I’ve loved breeding these Morgans and working with them for 25 years.”

For those who are unfamiliar with the breed, Morgan horses all descended from a prepotent stallion owned by Justin Morgan, a music teacher from Vermont who, in 1795, was paid for his work not with money, but with a 2-year-old bay colt called Figure. The pedigree of this colt has never been definitively agreed upon, due mostly to murky record keeping. But descriptions at the time build a picture of a compact, short backed horse, well-muscled through the chest and neck, with a head carried high.

At the time, Justin Morgan’s horse became well known for his strength, stamina, and ability to work all week on a farm and take the family to church on Sunday. He soon became a much sought-after stud and was referred to as “that Morgan horse.”

As a prepotent stallion, his offspring were all stamped with his likeness, and they became the foundation of the breed.

Blatt was firm in what he wanted in his breeding program: he wanted old line Morgans that stayed true to type, disposition, correct conformation, and hardiness.

“I decided to focus on working western lines with no Saddlebred out crosses since 1930. My focus was on ranch horses. At one time, the Morgan was well known for its ability to handle ranch work, and I want people to know they can still do it.”

Morgans have been an established breed for more than 200 years and were bred by the US Government for military use. But after the Civil War, the government wanted larger horses, so stallions from other breeds were crossed on their Morgan and grade mares.

Blatt’s goal as a breeder, however, is to return to that classic Morgan type, with sturdy bone structure, excellent conformation and stamina: suitable in every way for daily ranch work.

“There’s just not another breed out there like the Morgan,” Blatt says. “These horses will never quit on you and can be used day after day.”

With seven breeding stallions, Blatt continues to strive for the best horse possible. Currently, Westwind Otto, who is competing in the National Reined Cow Horse Open Division and scoring well at each show, is a prime example of Blatt’s breeding program. Trained by Zane Davis of Blackfoot, Idaho, this stallion is making a name for himself and the Morgan breed.

When the veterinarian checked Otto out as he entered training, Blatt says he was described as “the soundest horse” the vet had ever seen. Those sturdy, dense bones of the purebred working ranch Morgan and correct conformation keep Otto healthy and sound.

“We’ve had a lot of interest in our program,” says Blatt. “We currently have people from all over the US and Canada calling about our horses, and we ship semen as far away as Australia.”

While Otto is striking with his muscular build and flamboyant mane and tail, it’s his physical ability that is helping Blatt promote the Morgan breed. Otto will be competing as a bridle horse next year as well as standing to stud.

“There will be four Otto foals from our mares next spring,” says Blatt. “And I own two full sisters to him as well. Our foals are selling within days of posting them as available.”

Blatt plans on producing 15 to 20 foals a year, constantly evaluating the offspring of each mare and stallion as he continues to breed to old Morgan type and usefulness.

But it’s more than just a business to Blatt: he cares deeply about his horses.

“I love all my horses,” he says. “But I honestly think Otto cares for me, too. Every time I go in the barn, he nickers at me.”

Blatt credits the videos of Otto and Zane Davis on YouTube for generating new excitement about the breed.

Right now, Blatt is looking for futurity prospects among his young horses. Futurity races are for younger horses that have been nominated at birth or earlier, to race against other similarly aged horses.

These 2- and 3-year-old horses are shown in a snaffle bit—a bit that’s gentle on the mouth and guided by two hands holding the reins—in a nod to their youth and inexperience. While futurity prospects are common among quarter horses, finding them in the Morgan breed is unique. With Blatt championing the working Western Morgan, it’s possible he and others will have youngsters enrolled in futurities soon.

“The Morgan horse is a real national treasure,” says Blatt. “Morgans used to be recognized as a heck of a ranch horse. Because of that, I’m committed to saving and promoting the working western Morgan.”ISI 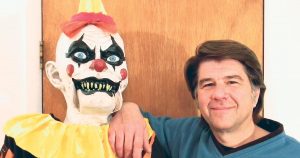 Mick Hoover’s House of Horrors Halloween extravaganza—creepy scenes he designs using extravagant motion-activated and animatronic props—takes months to plan, days to set up, and it frightens visitors only a few hours on Halloween night.

Fishing in rural Alaska is amazing because the rivers flow free — wonderfully complex with tons of holding pools and miles of beautiful spawning gravel.

7 Tips for Caring for a Loved One from Afar

Even if you’re not available to provide consistent, hands-on assistance, there are ways of caring for a loved one from afar.

From an entitlement program standpoint, next year is going to be very good for retirees! Expect some lower 2023 Medicare costs and a few improved benefits.

Before heading out to trick-or-treat, gather your minions in the kitchen for some family-friendly fun crafting these tasty, spooky snacks.